If you’re interested in toying with a Megaminx for the first time, or have a bit of experience and are looking to hit your PB on a solve with a faster turning puzzle, check this list of the best megaminx cubes.

The Megaminx is a twisty puzzle similar to a Rubik’s cube that has 12 different faces and 50 movable pieces (known as a dodecahedron), so prepare for a challenge as it can take quite a bit longer to solve.

This puzzle is also known as the Magic Dodecahedron, the Hungarian Supernova, or can be called a Megaminx cube.

What is the best Megaminx? 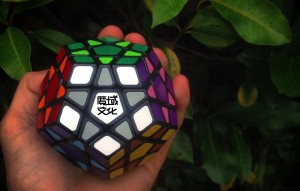 If you’re an experienced speed cuber, or just looking for a new puzzle to test your mind with then the Megaminx is an excellent option. There’s widespread information available online to help you solve it, and it’s a longer lasting solve than a regular Rubik’s or smaller so it can keep you entertained for longer. So what is the best Megaminx?

So now that we have a good idea of some of the options to be aware of when looking at a Megaminx, let’s check out some of the more popular ones! 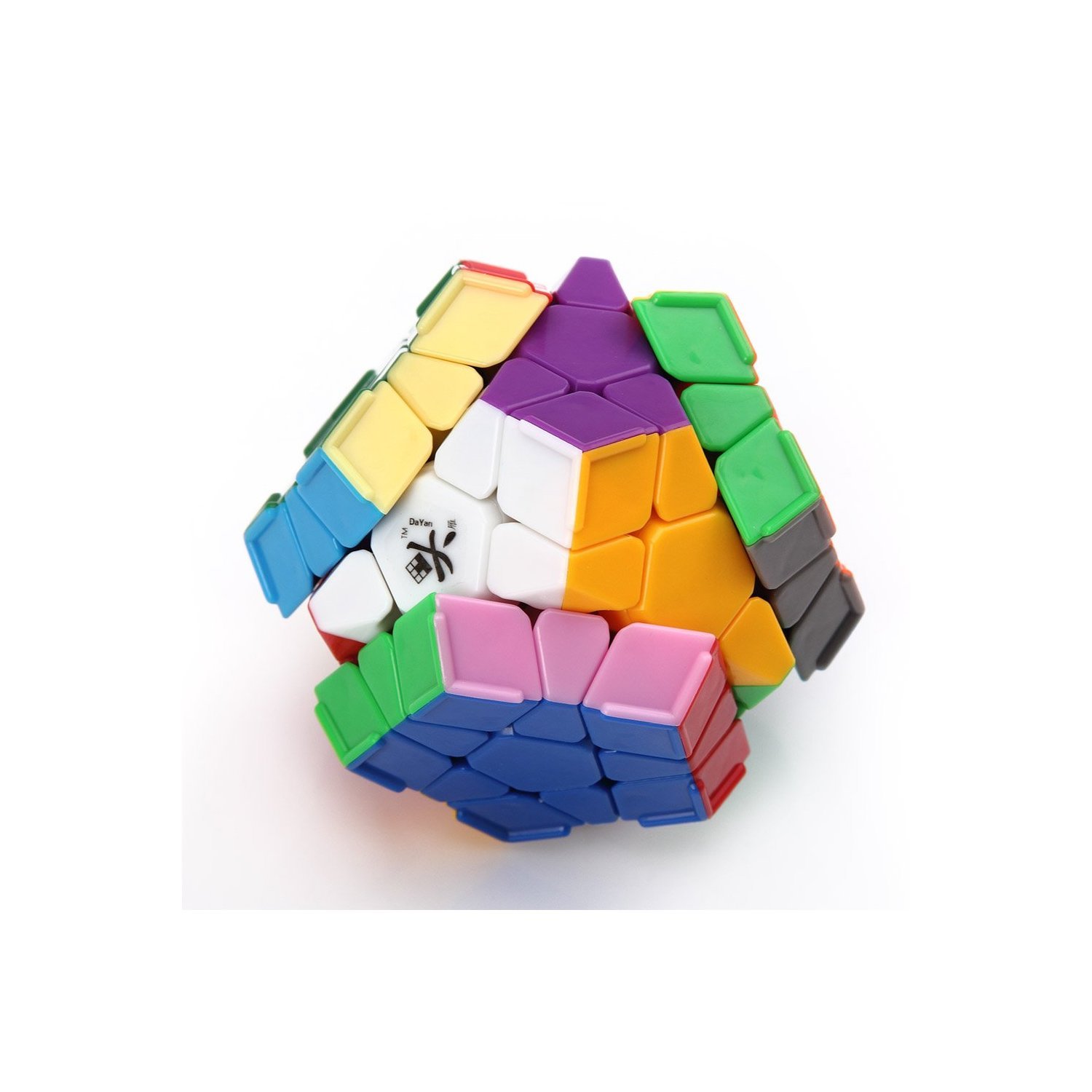 If you’re a cuber, I’m sure you’ve heard of Dayan before as their Zhanchi stickerless cube has been one of the most popular options for a long time. When you buy Dayan, you know what you’re getting and this cube is no exception. If you like stickerless, this is a great middle-of-the-pack price cube with a great color scheme. This Megaminx has a ridged option that makes holding, spinning, and rotating the cube a breeze without obstructing your control. Try it you’ll like it! I think that this is the best overall Megaminx with it’s control, corner cutting, and the ridge option 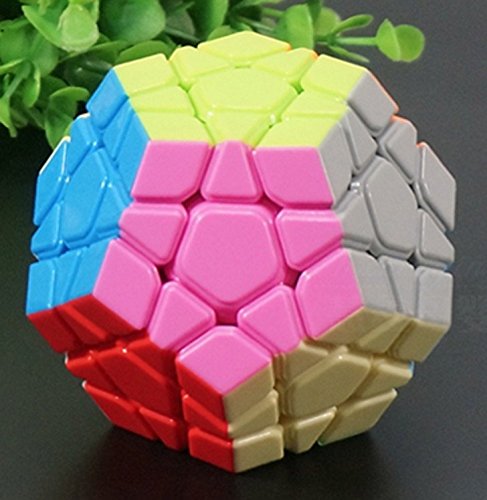 This right here is the fastest Megaminx on the list, and in my opinion the best Megaminx for the speed cuber out there. It has the best corner cutting, fastest spinning, and it’s the easiest to break in and set up. I also think that it has the most appealing color scheme out of them all if that’s your thing.

There are other Megaminx out there, but I don’t like to list them off for no apparent reason. I believe that you can find the best Megaminx for you within this list of three with all of their various options. Really it boils down to:

How to Solve a Megaminx

If you’ve never touched a Megaminx before it’s a good idea to move it around on your own for awhile without looking up any algorithms. This gives your mind a chance to grasp the Megaminx solution on its own — it is difficult but possible to solve without looking up how to do it!

But if you’ve already exhausted yourself trying to figure it out and are ready for some help, here are some youtube guides on how to solve a Megaminx depending on your current skill level:

You’ve made it this far! Here are some cool Megaminx facts you might not know, I certainly didn’t know them before researching. 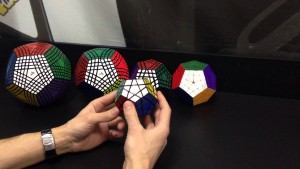 Just like the Rubik’s cube (3x3x3) has variations like the 4x4x4, 5x5x5, 6x6x6 etc. there are Megaminx variations. The Megaminx is the base size with additional layers, here are the others:

Anywho fellow Puzzlers, I hope you enjoyed reading this guide to getting the best Megaminx for you as much as I enjoyed writing it. The Megaminx really is a great puzzle that you can get for not much more than a regular 3×3 cube so snatch it up and have some fun!