In this article we’ll be reviewing some of the best trivia board games out there – iconic, old, new, and everything in between. A good healthy mix of trivia games will have something for everyone.

Trivia games are a great change of pace from those nail-biting family board game nights which grudges are formed over. Trivia games are in their own way competitive, but at the core everyone is competing with themselves to be able to blurt out the answer before the rest of em figure it out. Obviously reviewing in my opinion the top 10 best trivia board games we’ll encounter a lot of board games with twists so some might be more competitive and begrudge worthy than others! Let’s get into the list. 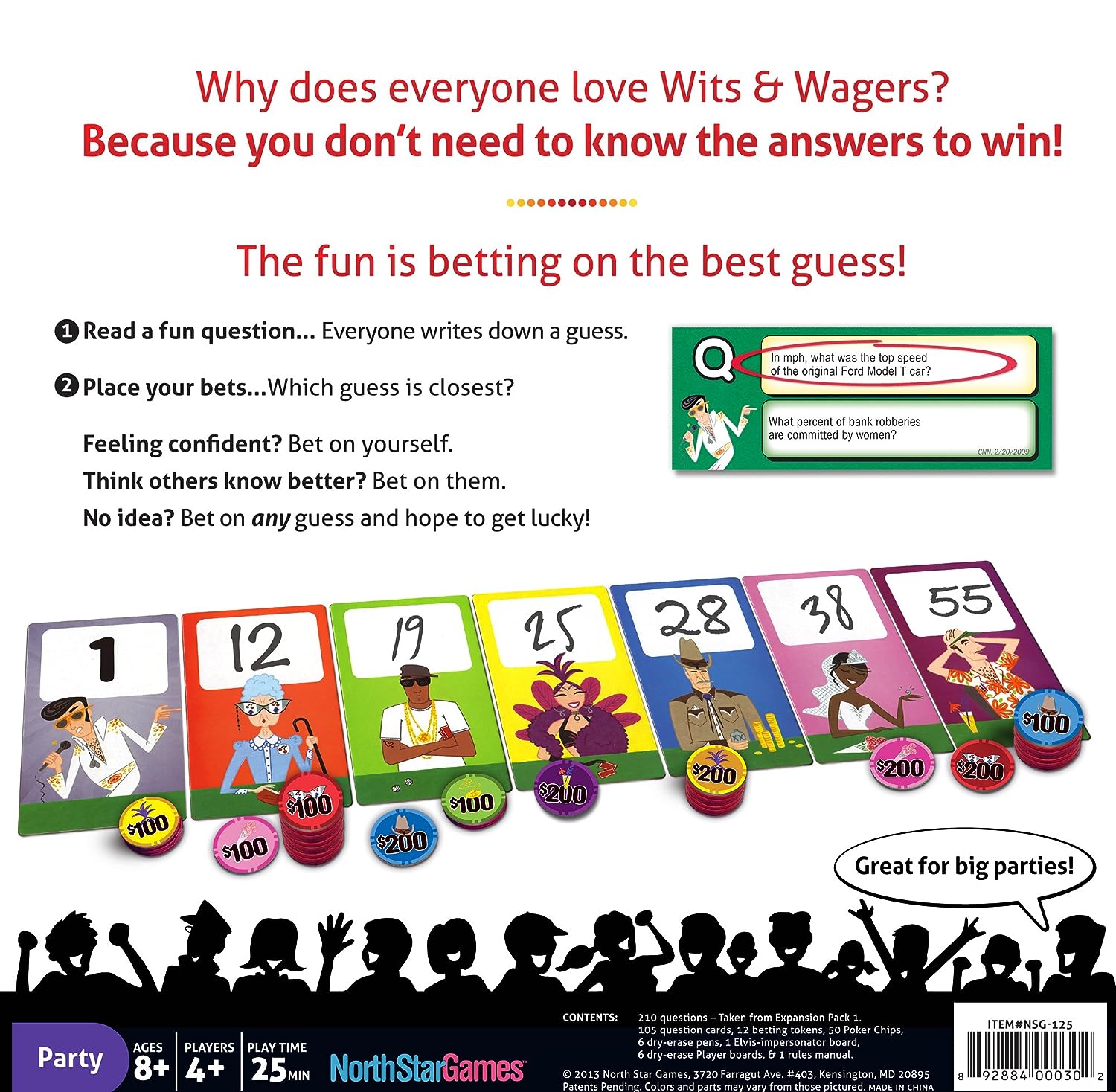 One of the most well known party/trivia friendship making and breaking games. The trivia game that lets you submit your own answer, and also bet on the other answers that come in. Play the odds, make educated guesses, and play to your friends strengths! If you think someone is particularly educated or knowledgeable for one of the specific questions – bet on them. A super fun game that lets anyone win, even if you don’t know the answer yourself.

It’s a really unique and competitive spin on trivia that doesn’t put you down in the dumps if you just don’t know that much about the topic. Do your best with the answer and piggyback on the real champ to earn your way to victory. 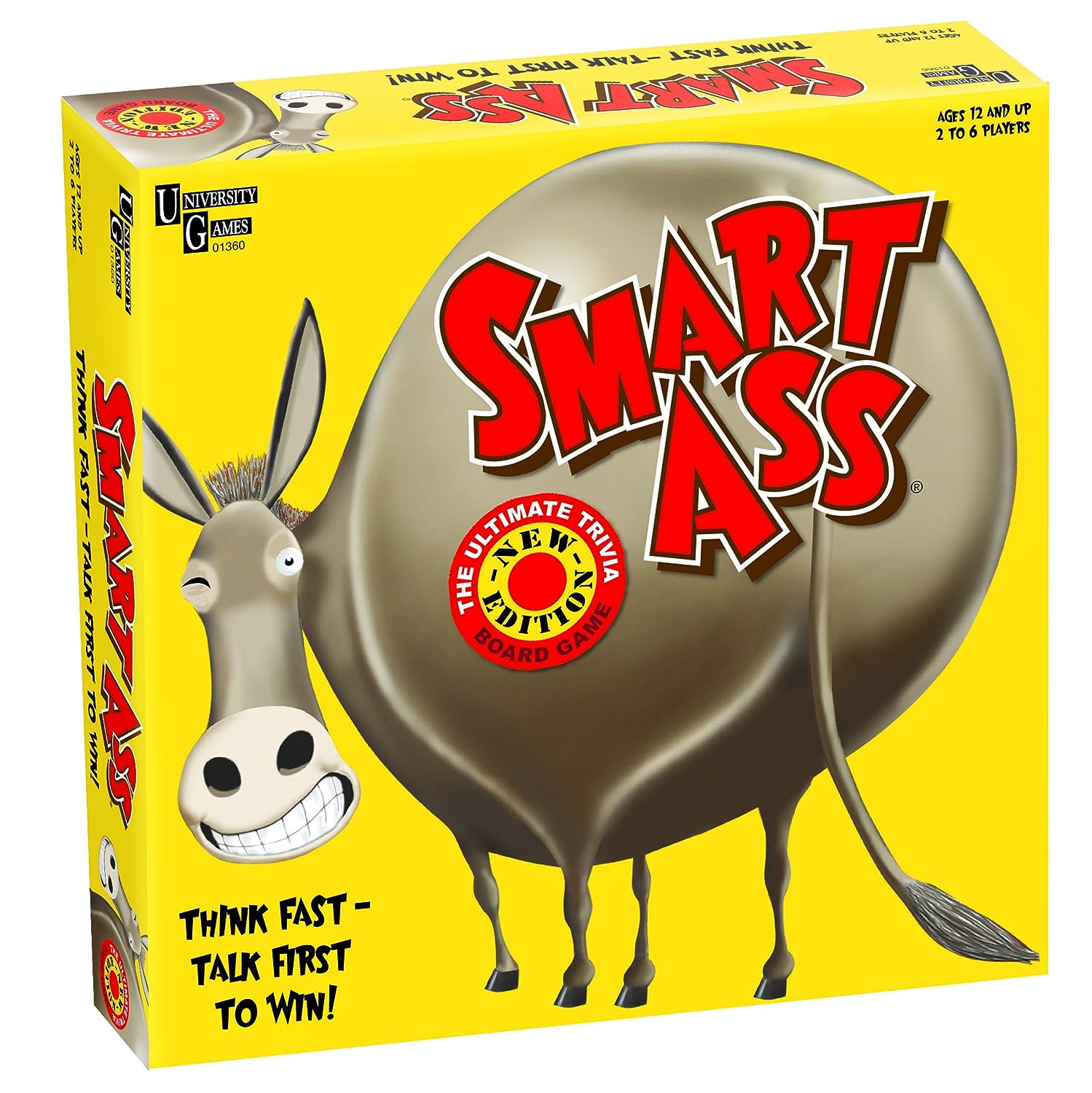 Be the Smart Ass in your group  – with four questions categories in Who Am I? Where Am I? What Am I? and Hard Ass! This 500 question game is formulated into several clues. The reader starts reading the card and the clues go from vague to more and more specific. The first one to yell out the answer wins so don’t wait too long! A fun game that rewards the quick and sharp, but eventually will let every round be solved with how much more specific the clues become.

The only trick is if you yell out the wrong answer, you have to wait until the next round to answer again! There are a few sneaky penalty cards, and the first one to land on the donkey’s butt is declared the “Smart Ass”. 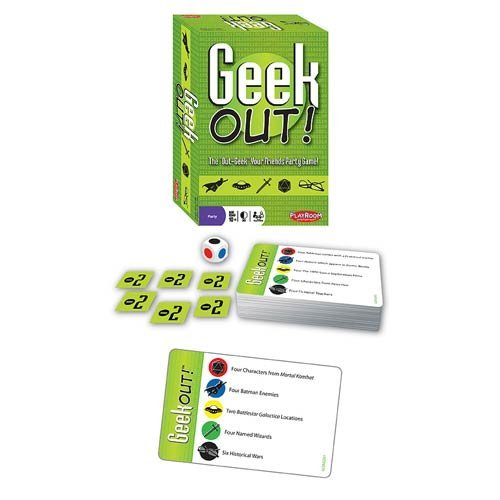 Traditional pop culture trivia combined with a bidding element where other players can bid on your card to steal your action if they think they’ve got the answer locked down. This is a list style trivia game so you could be asked to list a certain number of things related to categories like comic books, fantasy, games, science fiction, or the miscellaneous category. 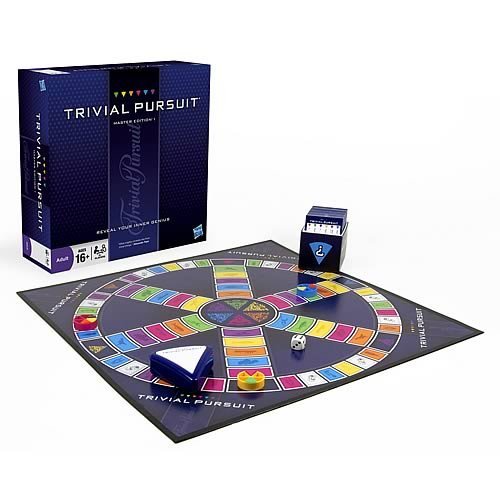 On it’s own, Trivial Pursuit is only a rule set that can be accompanied by any edition of the game: Star Wars, Lord of the Rings, anything really! Each player gets a pie with 6 pie slices that fit into it. Collect your full pie and win the game! It’s board based so you move along by rolling a die and answering a question and possibly getting a piece of the pie depending on what space you land on. The rules DO seem a bit dated so here are some really great rule adjustments to make the game more enjoyable, and also a bit quicker since it tends to be a longer game.

Considered a classic and probably one of the best trivia board games of all time – especially with the spicy rule mix-ups. 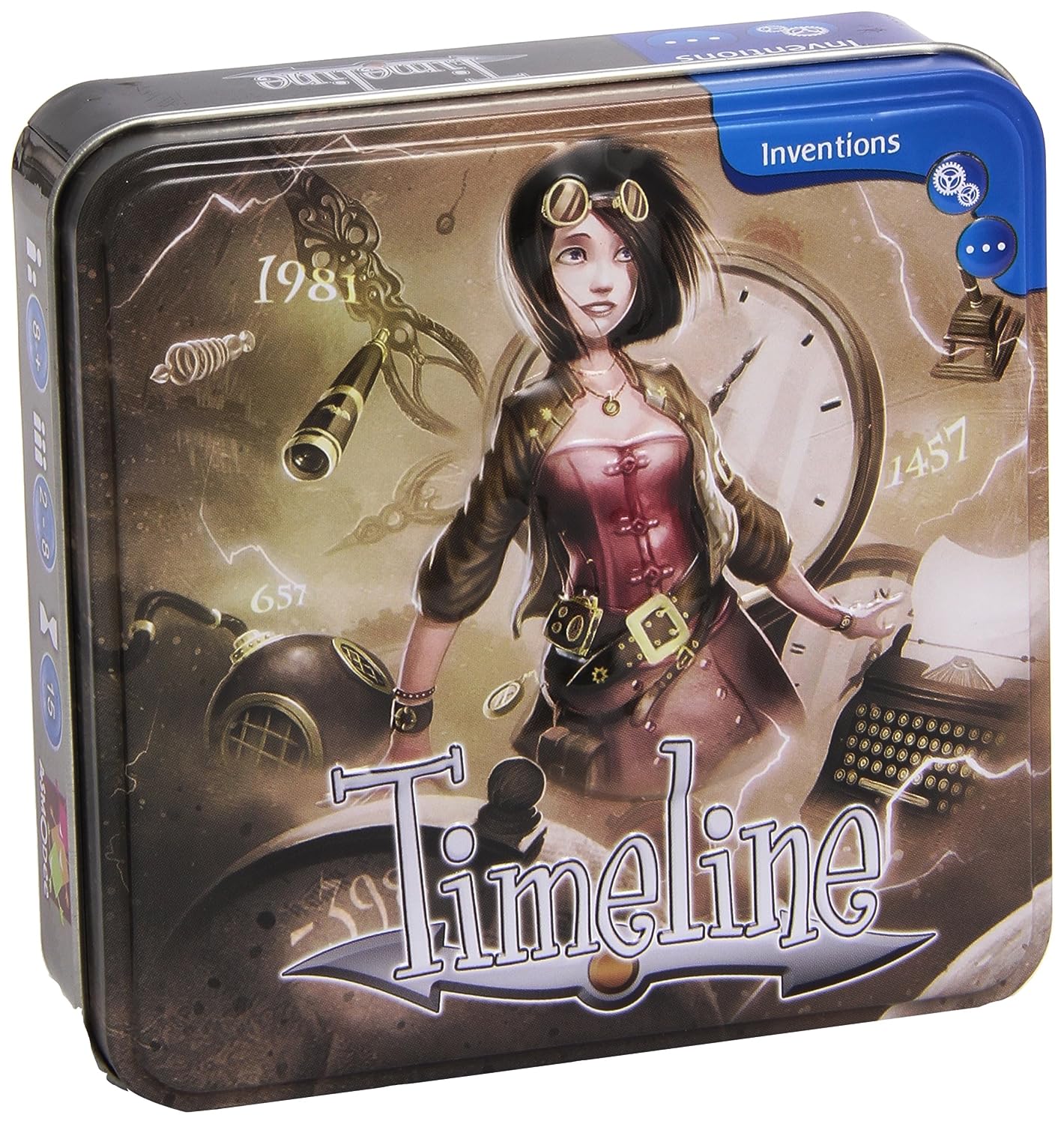 Timeline is a rule set, that is applied to a variety of category sets like inventions, historical events, discoveries, music & cinema, and way way more. At it’s core it’s a card game – you get dealt a set of cards and each of them depicts something from the category like an event, invention etc. and you need to place them in the proper order aka ‘timeline’. Players take turns placing cards from their hand into the row on the table, if it’s placed in the right spot it stays, if not the card is removed and the player must draw another card. The player to get rid of his entire hand first wins! This is a pretty standard trivia game based solely on dates and chronological order, it does have some variety in the other sets but it’s a pretty dry, classic, yet dry trivia game that needs to be included on this list for hardcore trivia doers. 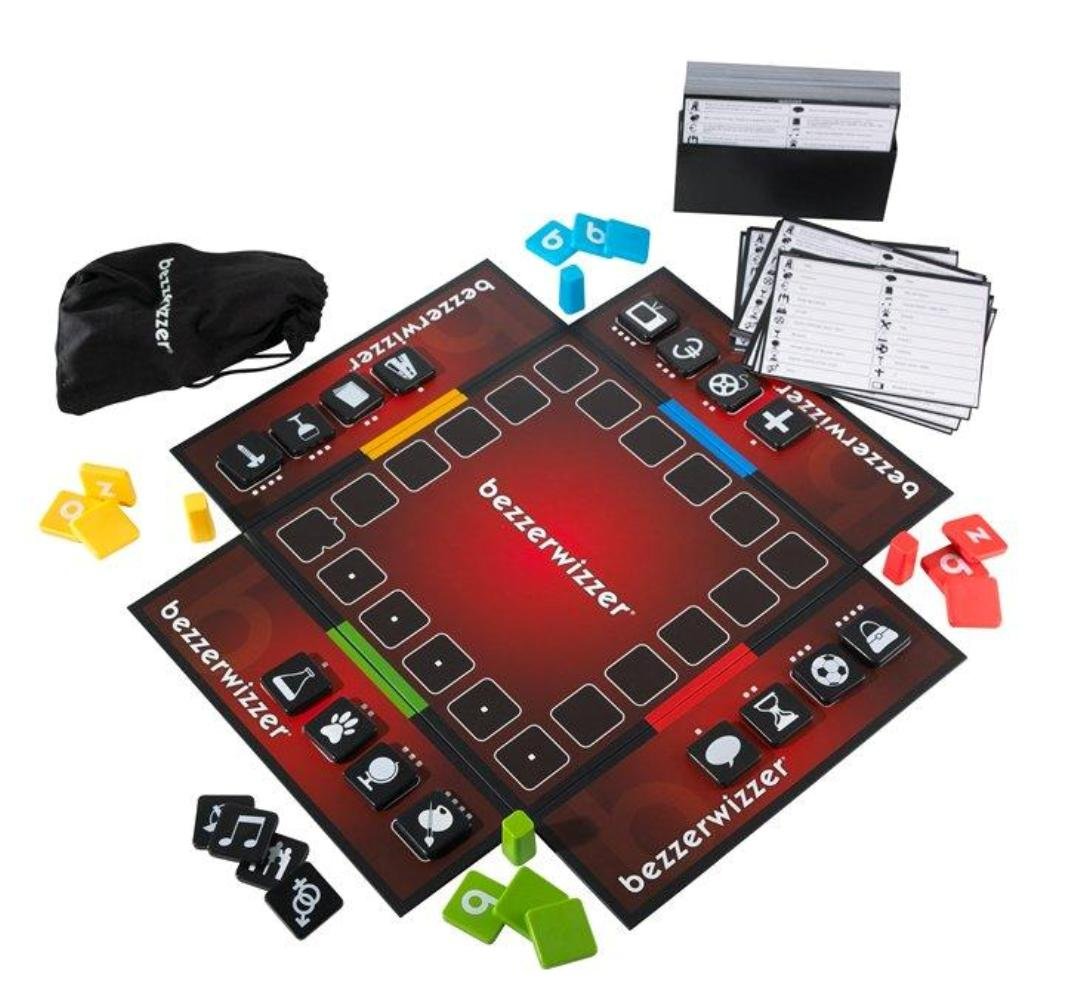 Denmarkian game Bezzerwizzer translates to know-it-all – in this quiz game you’ll be answering from thousands of questions in 20 different categories. Draw category tiles from the bag and sort them on your player board according to your knowledge on the topics. If you know the answer to the category you’re the worst at, you get one point, if you answer the category that you’re the best at correctly, you get 4 points.

You get 3 other tokens, one Z and two B’s. With the Z token you can swap categories with another player, and the B tokens allow you to answer a question you think your opponents might not know. A quick and fun party game that’s easy to pick up with a few fun quirks that make it worth it to play over and over again. 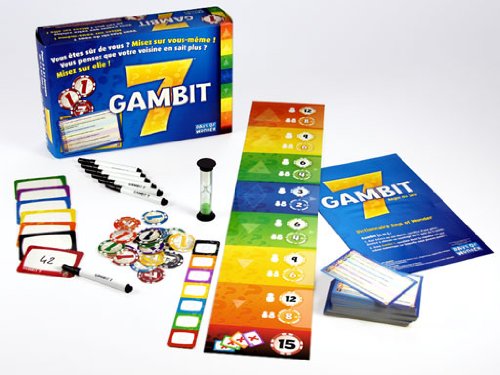 I really love trivia games where you don’t have to know the answer to win – because they involve both a senseo of knowledge to answer the question correctly if you know it but also weighing the odds of the situation to guess who might have given the best answer! Similar to Wits and Wagers this is another party favorite with a twist – it’s only numerical values! So literally anyone can be right, or close, or you can bet on the one you think is the closest if you’ve blown your answer out of the water.

Quick, fun, easy to set up, and anyone can play. The one with the most points after 7 rounds wins! Set the round limit to whatever you like for a shorter or longer game :D. 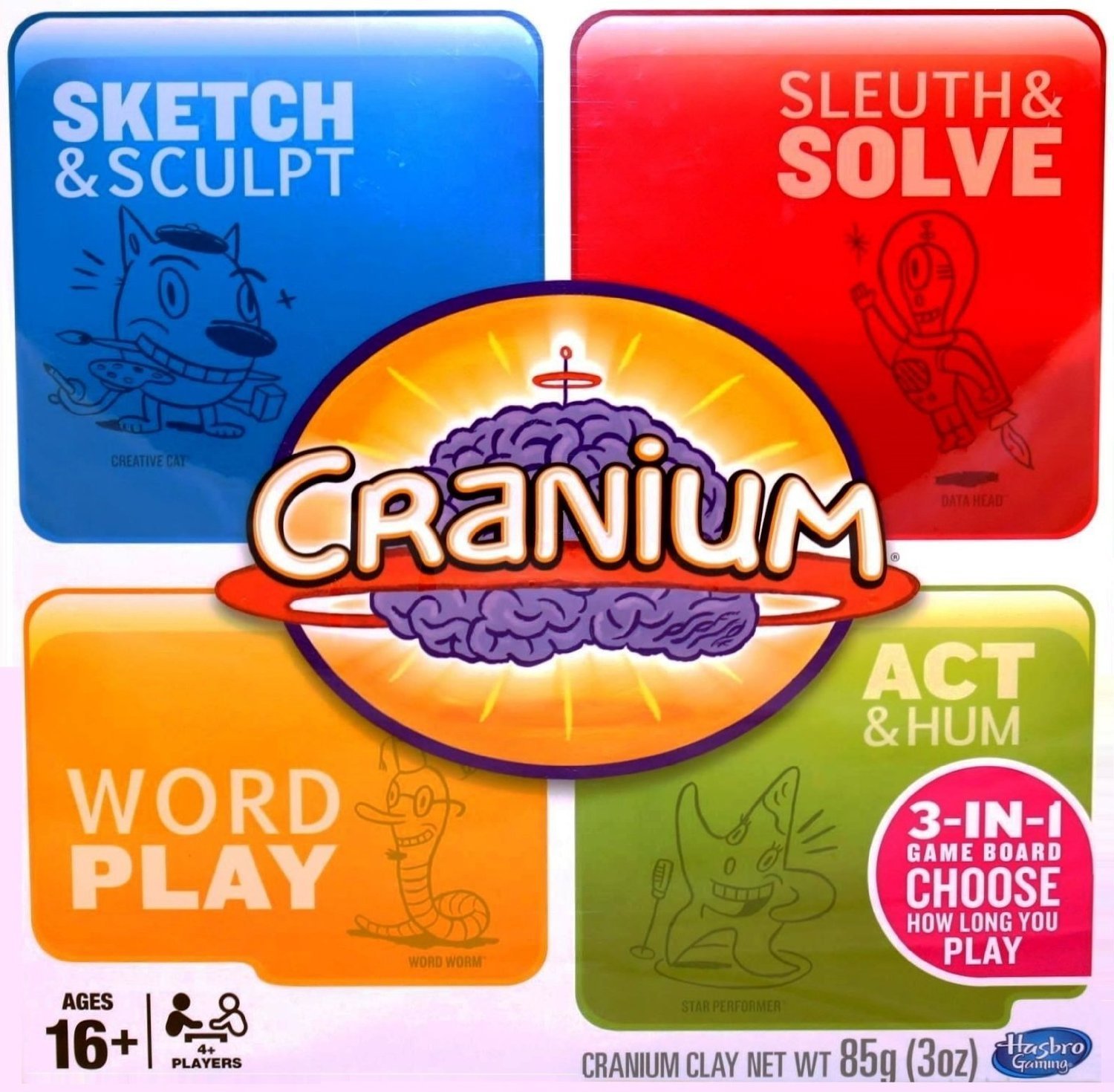 Another long game on the list, slightly shorter than Trivial Pursuit but still up there is Cranium. This is one of the more unique trivia games combining four quiz elements in Creative Cat, where you have to draw, sculpt, or even draw it with your eyes closed. Data Head which is a standard question category, Word Worm which involves a variety of word games to figure out the answer, and Star Performer where you act out, whistle, or sing to give clues for the answer.

This is essentially an amazing combination of standard trivia, charades, claymania, etc. – really fun in groups and it has a lot of variety and excitement which has made it a fan favorite over the years. Absolute blast as a party game. 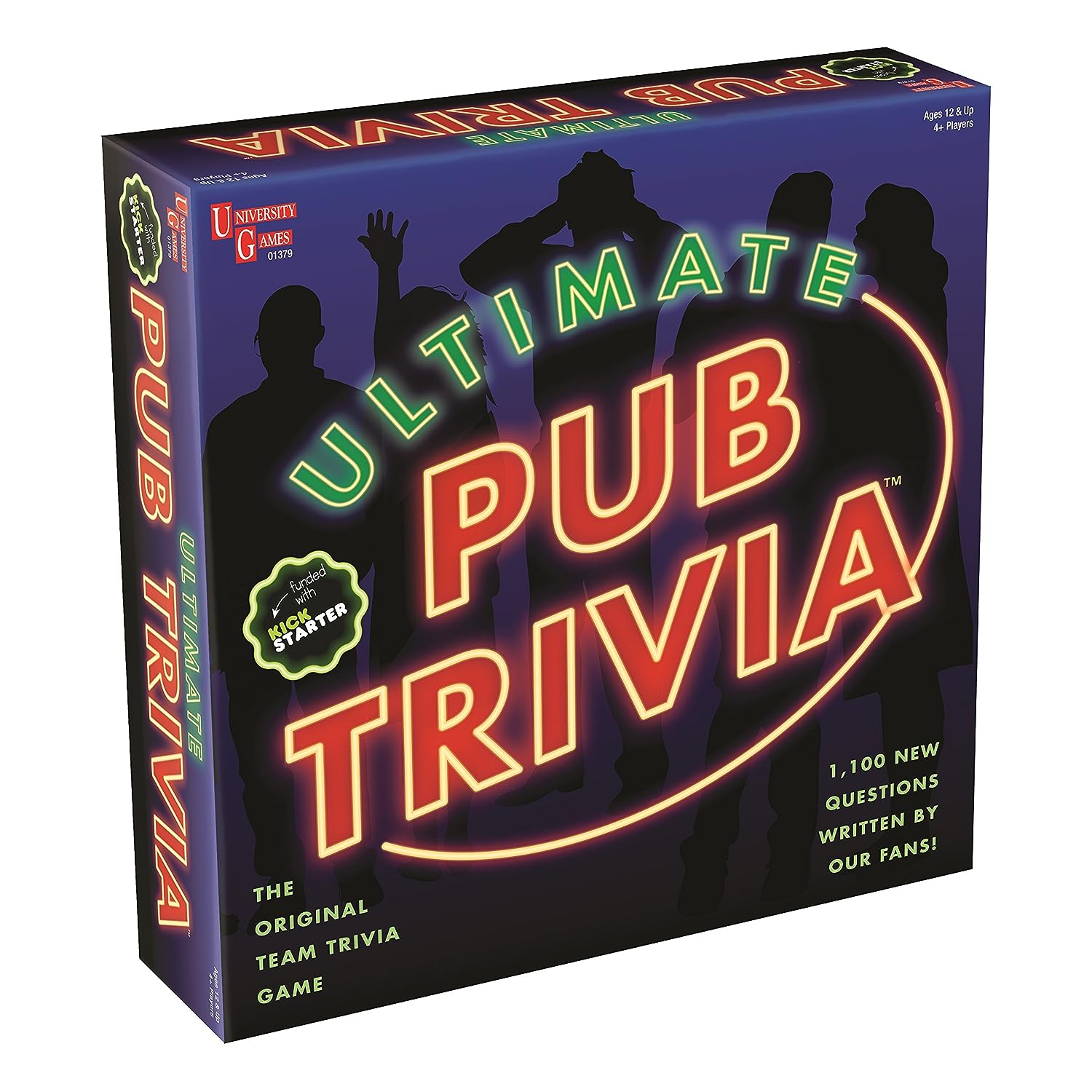 Pub Trivia makes it on the list for the sheer quality of the questions – this is no different than the trivia you’d experience in the pub where some half-assed comedian tries to make fun of the crowd whilst asking trivia questions and making sure there aren’t any cheaters on their smart phones. Here’s a classic style trivia game where one person will read out the questions while the rest are divided into teams and turn in their question cards at the end to see who takes it all. NO CHEATING! 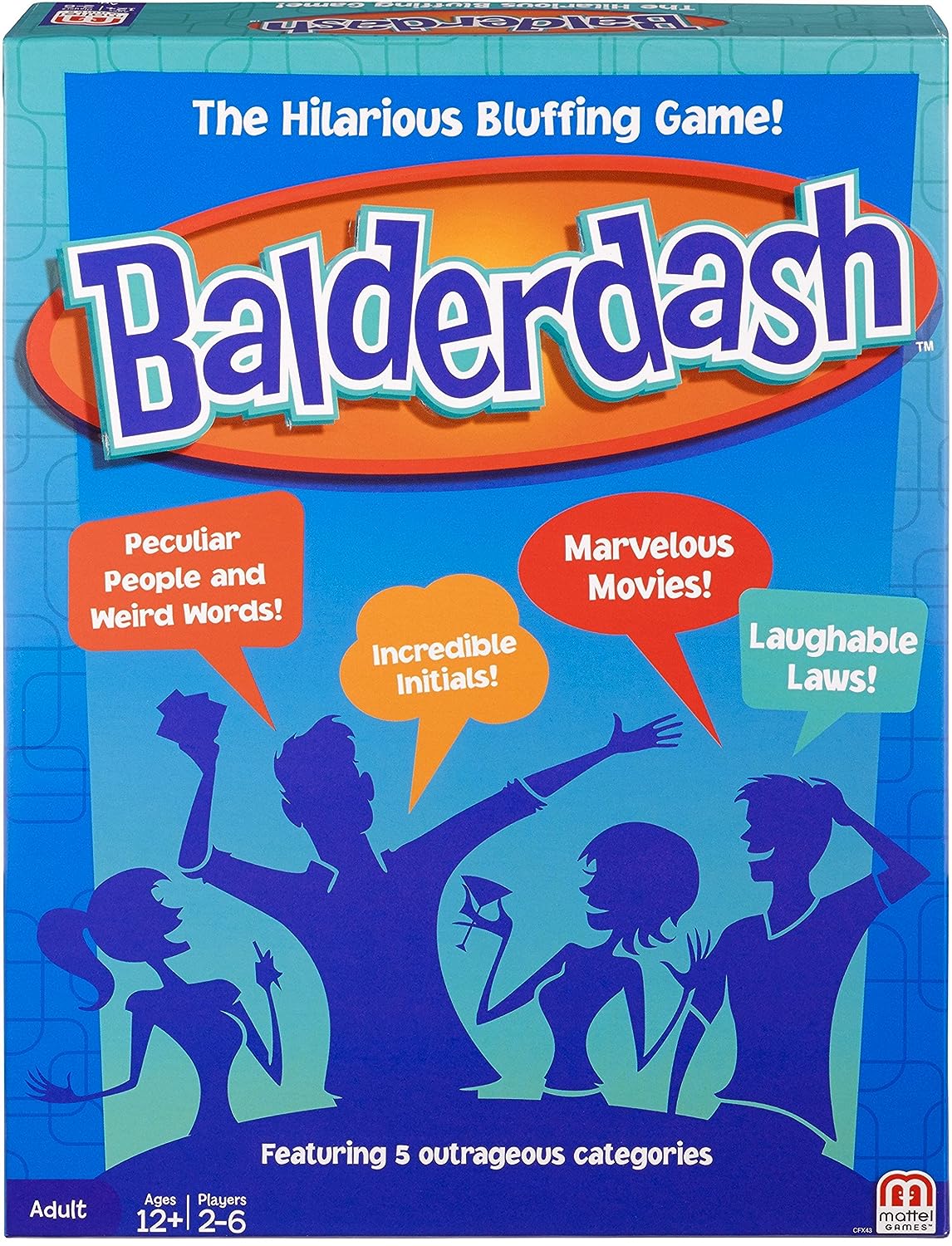 Here’s my all-time favorite trivia game, a combination of trivia and bluffing makes this a sweet one for tight-knight groups that can mess with each other. One player reads a world aloud – the words are often not well known. If you know the definition you can write it, and if you don’t know it you can write one that you think could sound passable. After the entries are in, the word master reads all of the definition and everyone bets on which one they think is correct. You score points for guessing the right one, and you score points if people guess your card as well. Another great trivia game where you don’t have to know the right answer to win, and creativity/group assessment can reward you in points as well. Definitely a great one.

What Makes a Trivia Game Good?

I guess this is the basis of the article, it comes down to the question what a trivia game the best trivia board game? For me it’s a few things, and we can break it down into these categories.

Depending on the play group, the popularity lives and dies by the game length – especially if you only have a few hours to meet and want to get through several games. I think the ideal length for trivia games is around 20-30 minutes, especially considering that most standard trivia games have similar type questions so you don’t want it to become too repetitive like in the case of Trivial Pursuit. Which is why in the Trivial Pursuit section I have a few suggestions there to make the game shorter.

Sometimes when you sit down for a game of trivia you want to go after a specific topic maybe pop culture, sports, Lord of the Rings – this depends on the group again. If you have a diverse group a game that doesn’t have a topic like Balderdash, or a game where you don’t have to know the answer to win via betting on the best answer would be a suitable game. Cranium is also awesome in the sense of variety because you do more than just answer questions or make an educated guess on the right answer.

Straight up some of the best trivia board games out there may just not appeal to you due to the question types and game style. Find what type of game you like most – do you want to be quizzed? Competitive? Or interact with your fellow players. These are all questions to answer to find the right trivia game for you.

Best Trivia Board Games: Wrap Up

It’s hard to go wrong with any of the presented options on this list. They each are some of the best trivia board games in their own right, as they all have their own unique twists, categories, and content types. Some are more standard trivia games, where others are sneaky, and interactive. Choose the right one for your age group, select a good play time, and have a blast! I hope you enjoyed my take on the best trivia board games – make sure to check out some of our other articles on the site related to board games as well :)!